RACING ON THE SILK ROUTE

Posted on April 2, 2014 by niandicarmont
“If there is one place on the face of earth where all the dreams of living men have found a home from the very earliest days when man began the dream of existence, it is India!”
― Romaine Rolland

Widely recognized as “the jewel of Muslim art in India and one of the universally-admired masterpieces of the world’s heritage” the white-domed Taj Mahal doesn’t seem to get any closer but draws me inexorably towards the finish line of the final stage. The course is flat, a bonus, and I’m coping much better with the heat and humidity after 11 days in the north-western Indian province of Rajasthan. As opposed to the other stages, today’s is on tarred road so requires less concentration – I let myself be pulled along towards the symbol of India – also the symbol of a man’s love for a woman. Legend has it that it was built by Mughal emperor Shah Jahan in memory of his third wife who died giving birth to their 14th child.

I run past some farm workers tending to lentil crops. Smiling and hospitable, a little curious about these strangers making their way towards the outskirts of Agra, they pause to greet us “Namaste” with a slight bow, palms pressed together. The women, however modest their caste, are always clothed in the traditional ghagra or kanchli in bright oranges, yellows, purples and blues, in stark contrast to the environment. The children run out from the villages and excitedly exchange a few words in English with us, some barefoot, others on bicycles and even Vespa scooters.

And as I near the bustling, dusty outskirts of Agra with its street vendors, tuctucs, Vespas and sacred cows barring the main streets, I suddenly wish my trip wasn’t drawing to a close. And now I know what Rumer Godden meant: “Once you’ve felt the Indian dust you will never be free of it.” India gets under your skin and all the more so when the experience is off the beaten track.

So what is it about the North Western province of Rajasthan that is so captivating? After all it’s hot, humid, dusty and insalubrious. The anarchic urban traffic and noise drive you crazy….Yet, the magic and beauty of this part of India is unrivalled, your senses are overwhelmed with spices, music, fragrances, soft silky fabrics, colorful bazaars.

That is precisely what the Foulées de la Soie is about. As the Race Director, Jean-claude Le Cornec’s mantra goes ““It’s not so much about running than the actual journey ….if running were our only objective we’d miss out on an unforgettable experience”.

And SDPO has pulled off the unlikely mix of sport and culture successfully for almost 20 years. Le Cornec’s idea came to him after completing the Chicago to Los Angeles team challenge:

“In the 90’s I ran Chicago to Los Angeles (3,940km) as a team event on Highway 66 in the US! At the time ultra running was all about mileage and not about enjoying the scenery. I realized there was an opportunity for combining a run event with a cultural interest. And so in 1996 I started the Silk Route Race in China.” The sinewy wizened ex-runner exudes a certain amount of contagious passion and nostalgia as he talks about his key event “C’est la fête – it’s all about having fun and enjoying it.”

Fun it might be but nothing is left to chance:

“We recce our routes, – everything is tested – routes, travel arrangements, accommodation, logistics, timing etc. …..there are no nasty surprises”.

When Jean-Claude asked me if I wanted to be part of the second edition of the Silk Route Race in Rajasthan, I seized the opportunity. The SDPO staff includes emergency doctors, an official race photographer and physiotherapists, but everyone multi-tasks and helps out marking the route prior to each stage, setting up water tables, taking photos. I was given carte blanche to runsome stages to get a feel for the event, take pictures, mark the course and write daily race summaries. 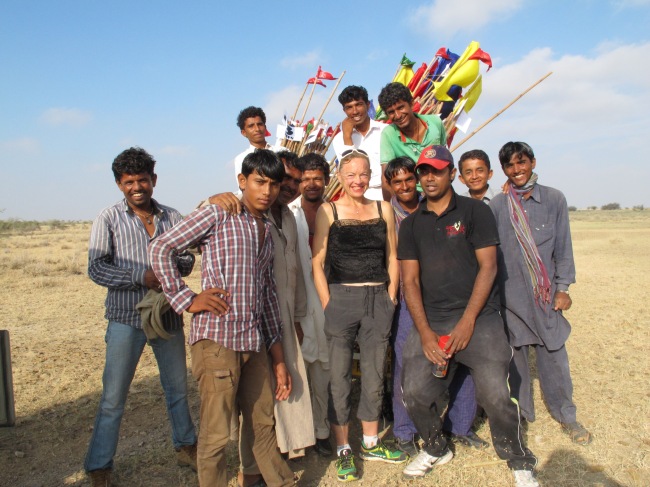 Last year’s Silk Route Race comprised 7 stages varying in length between 10km for the first get-over-the-jet-lag stage to 24km for the longest stage. Mornings are spent running and afternoons are spent sightseeing and discovering the Rajasthan culture.

This year  SDPO have organized a multi-stage in Laos, the unspoilt kingdom of a million elephants.

Laos ……a country as yet untouched by the modern demands, stress and pace of life. Its beauty lies in its people, century-old traditions and heritage, and its lush, pristine landscape. Beautiful green rice plantations, temples and waterfalls make up this oasis of exoticism. 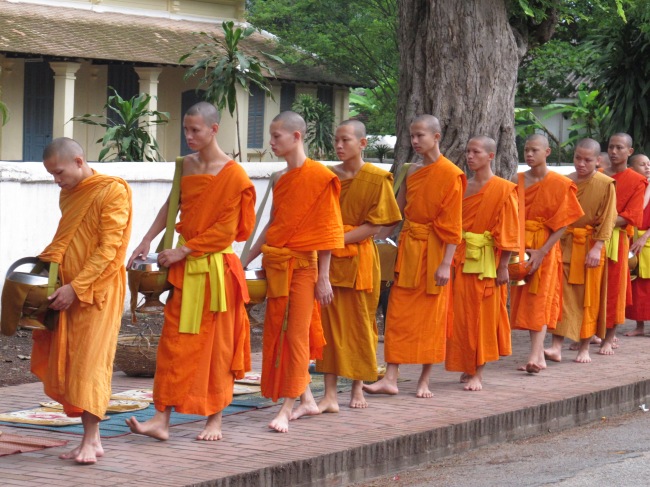 Mysterious yet authentic, Laos is a mountainous and landlocked country sharing its borders with Vietnam to the east, Cambodia to the south, Thailand to the west, and Myanmar and China to the north.

Lao people are frank, open and friendly, and they possess a strongly developed sense of courtesy and respect. Everyone who adheres to the latter will receive a warm welcome.

The multi-stage event includes daily stages of between 15km and 21km as well as cultural visits, boat trips to beautiful little islands, exotic cuisine and a fun, convivial atmosphere with people who share the same passion …..Travel, discovery, adventure and running or hiking.

For further information on this not to be missed multi-stage check out the SDPO website where you can download the program and registration forms in PDF format.